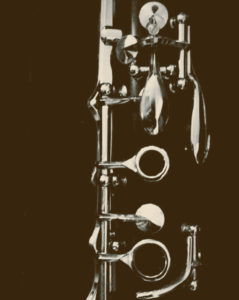 National schools of clarinet playing describe a group of clarinetists who share similar ideas of sound concept, pedagogy, fundamentals, and other ideological beliefs as they relate to the clarinet. These shared beliefs have been historically shaped by cultural, sociological, political, nationalistic, and other influences. These national schools are not as pronounced today due to technological advances and the blending of disparate cultural influences.

I have included several major national schools of clarinet playing, but it is important to note that each country and larger geographical region has its own unique pedagogy and stylistic similarities. There are countless other prominent schools, including the Russian, Spanish, Israeli, Portuguese, Hungarian, Greek, Turkish, Chinese, and many others.

Please note: This article should serve as a general overview of the national schools of clarinet playing. For each national school, I have given broad descriptions of each and included several renowned clarinetists. This is by no means a comprehensive examination of each school, nor is each listing of clarinetists meant to be complete. Even within national schools of playing, each musician must develop their own unique sound concepts and musical interpretations.

How would you describe these national schools of clarinet playing, and which clarinetists would you include on your lists?

101 Clarinet Compositions Written by Women Composers
No More Chipped Reeds: A Beginner's Guide to Reed Care
10 Lists to Get You Organized and Inspired for the New Decade
Brymer Burns 🔥
13 Things That Frighten Even the Bravest Clarinetist