Two years ago, I explored the Cimetière des Chiens et Autres Animaux Domestiques in Asnières-sur-Seine, a small suburb of Paris. Built in 1899, this is supposedly the “first zoological necropolis” in the world. When I found out that it was also where Camille Saint-Saëns laid his beloved dogs, Samson and Dalila, to rest, I knew I had to visit. 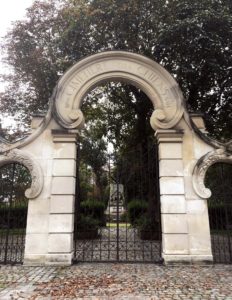 Anyone who has ever had a pet knows that they are part of the family, and it’s only fitting that such a cemetery exists to bury man (and woman’s) best friends. (It was also built after a 1898 French law which prohibited people from throwing away the bodies of their pets or dumping them in the Seine.) This pet cemetery houses dogs, cats, birds, turtles, guinea pigs, hens, sheep,  and even a horse, lion, and shark! There are even a few animal celebrities buried here, such as Rin Tin Tin and Barry, a mountain dog who saved the lives of 40 people in the mountains between Switzerland and Italy. All in all, this cemetery has over 40,000 (!!!) animals. 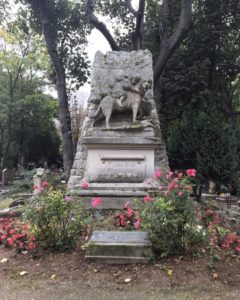 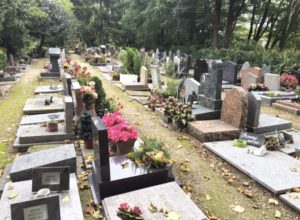 But back to Saint-Saëns. It’s no surprise that the composer of The Carnival of the Animals was an animal-lover himself. At the turn of the twentieth century, Saint-Saëns was a celebrated composer but became more reclusive and enjoyed traveling abroad (both as a tourist and to give concerts of his music). His faithful travel companions were his beloved dogs Samson and Dalila. I hear he even wrote an opera named after his dogs! ;) 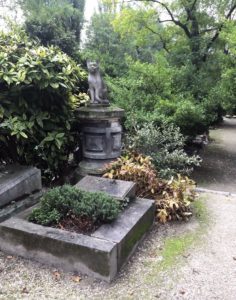 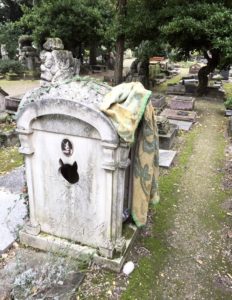 After hours of reading faded tombstones and exploring every crevice of the cemetery, I was not able to locate the graves of Saint-Saëns’ dogs. Considering the fame of some of the cemetery’s other residents and the sheer number of animals buried here, this wasn’t too surprising. Some might think exploring a pet cemetery is macabre (or too eerily akin to Stephen King’s Pet Sematary or Cujo), but it was peaceful and comforting. There were fresh flowers adorning many graves, and it was comforting to see how well-loved these animals were to their owners. 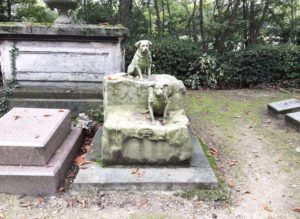 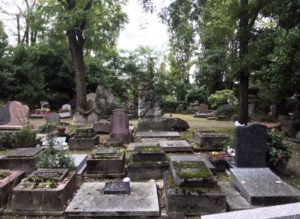 If you’re in Paris and looking for an unusual day trip, I highly recommend visiting the Cimetière des Chiens et Autres Animaux Domestiques!