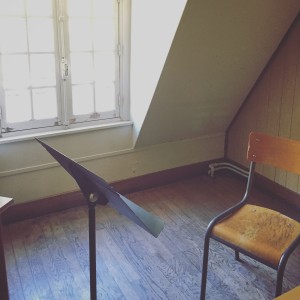 If you’re a classical musician, I’m sure you’re well aware of the dismal funding for music programs in America. If you’re not a musician, maybe you’ve heard of budget cuts in local school systems and later realized the marching band that used to play at halftime shows was no longer doing so. Music is easily overshadowed by STEM programs (science, technology, engineering, and math) in America, with the flawed logic that other disciplines are not as useful or beneficial to the American economy and productivity. Musicians have argued this point relentlessly to save public music programs and fight bankruptcy for orchestras (Atlanta, Philadelphia, and Minnesota Orchestras have all faced financial difficulty in recent history ).

Let me explain something to non-musicians. Music is a language, and a universal one at that. It is arguably one of the oldest languages still in existence, used throughout history to express reactions to war, religion, politics, and the scope of human emotions. Just like any other language, it is able to convey meaning. Instead of letters and symbols, music uses notes and symbols of its own. Imagine the public reaction if a school board decided to cut French, Spanish, or Latin (a supposedly “dead” language). A language is only dead when it is no longer spoken. By cutting music programs, you are contributing to the demise of a language.

I understand the significance of STEM programs in America. What I don’t understand is how music is not praised more for its usage of the four STEM components. Musicians must possess an intimate knowledge of acoustics in order to adjust to different performance venues. Tuning an instrument (with itself and with ensembles) changes with every note we play, along with adjustments for temperature, humidity, and volume. Musicians must also become technologically savvy to build personal websites, use musical programs such as Audacity for editing and Finale or Sibelius for notation, not to mention other programs to make quality recordings for performances and auditions. Musicians must also know basic engineering skills to maintain and repair their instruments. Repair technicians are masters of musical engineering, with a comprehensive knowledge of the workings of all instruments. And don’t get me started on math! There is the basic grasp of counting music in simple time, but non-musicians don’t understand the mathematical knowledge necessary to correctly count and subdivide a single measure of music (and when some symphonies are easily over an hour long, we put some math classes to shame!). So next time you think your school band program’s funding would be better used for other subjects, please remember this.  Still not convinced? Check out this short and fascinating video about music and its positive effects on the brain: https://www.youtube.com/watch?v=R0JKCYZ8hng

Fine arts is overshadowed by math and science, but music is facing a unique set of challenges other arts do not have. The difference between music and art is that once art is created, it is immortal. While music may survive in the form of manuscripts, music is essentially dead if it is not performed. The Louvre will never face the same problems that orchestras have experienced. If budget cuts forced an art museum to declare bankruptcy and close, the artwork would be disseminated to other museums. Artwork is preserved for posterity – music is not. Musicians are not placed in other orchestras if an orchestra falls apart – they are jobless. Achieving a job as a musician is one of the most competitive fields, with hundreds of musicians auditioning for one position. For clarinet, there are normally two to four permanent positions in an orchestra, and job openings only occur when someone quits, retires, or changes orchestras. Musicians must follow the job – it is very rare for a musician to get a job in his or her preferred location. Instead, they must move to where the job is.

By no means am I saying music is more important than other subjects. It is necessary to teach them all so people become well rounded with an appreciation for all disciplines. There are numerous reasons in addition to my own why music is beneficial for everyone. It’s a great social activity, develops team work and problem solving skills, and teaches a language without words.

I hope I’ve enlightened musicians and non-musicians alike on the importance of creating more funding for music programs. Music means something different to each person, and it’s time we put a value on the collective significance.

If you enjoyed the video, check out the writings by the late and great neurologist Dr. Oliver Sacks, who was the expert on music and the brain.