Paris really is a great place for musicians. There is always a concert or recital happening if you know where to look. I recently attended a performance by the Nonette de Clarinettes Denner, performed at the Eglise Saint Pierre in the 19th (right by the Parc Buttes-Chaumont – a great place to have a picnic on these almost-autumn days). The concert was on a Sunday. To me, Sundays are synonymous with concerts in Paris. I’ve been to a concert each Sunday since my arrival. In previous blog posts, I’ve discussed the organ auditions/recitals at St. Eustache (there is no experience like hearing Bach is such a large cathedral!), but the clarinet ensemble concert was my favorite. Obviously I’m a little biased.

Here’s a copy of the program: 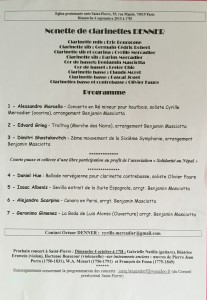 Besides a wonderful variety of repertoire, the group was very talented. Balance, precision, and tuning were on point, and the group was enjoyable to watch. It was nice to look around the audience and see others tapping their feet, swaying with the music, not on their phones, and even demanding an encore (which was obviously Offenbach’s “Orphee aux Enfers”, more commonly known as the cancan). Tres French. (And sorry for the lack of authentic French accents – if anyone wants to tell me keyboard shortcuts to make it easier than copy/paste, please let me know!)

While we’re on the subject of clarinet choirs, I recently found out that the Versailles Clarinet Choir will be performing at the European Clarinet Association in Ghent, Belgium on September 26 and 27! I’ve always loved clarinet conferences, and I’m so excited to have this opportunity to travel and perform with such an amazing ensemble (and I’ve also heard the fries in Belgium are not to be missed!).

I had the incredible opportunity to tour the opera of Versailles last week with other students from the Conservatory. It seemed surreal to be in the theater that Lully, Rameau, and all those other composers I studied in music history performed. The tour was given in French, but I believe this was the venue which Lully stabbed himself in the foot and got gangrene, which killed him a few months later. Music history might seem dull to some, but I’ve always been fascinated by it (especially the more interesting stories like Lully’s). On a somewhat related note, here’s a link to unusual composer deaths: Strange Classical Musicians’ Deaths

In Versailles, I got to walk around the concert hall and also sit inside the King’s box seating. After that, I walked around the palace and part of the gardens. My favorite part (besides the concert hall) was the famous Hall of Mirrors. Decadent doesn’t even begin to describe the decor. This was also where I overheard someone asking if this was where Kim got married (because that’s obviously one of the more important aspects in the history of the palace). I’ll be seeing a lot of the château, as it is right next to the Versailles Conservatoire, where I’ll be spending most of my time cooped up in a practice room. 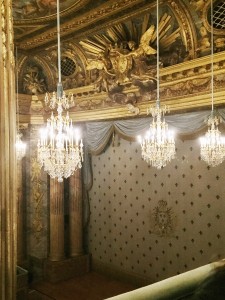 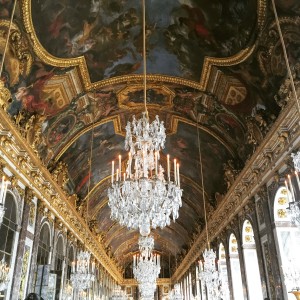 To continue my adventures, I got an invitation to a photography exhibition in Giverny at the Impressionism museum. The photographs were contemporary views on Monet’s gardens. The photography was incredible, and it was interesting to see different perspectives of the same subject. The weather was absolutely gorgeous as well; it was sunset with just a hint of crispness in the air, which made is easier to smell the incredible assortment of flowers in the garden. I am still in awe of all the history I have experienced in France so far. I have to keep reminding myself that some of the buildings and churches I have visited are older than America! 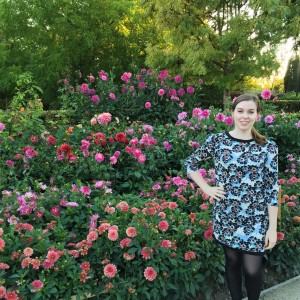 This past weekend, I visited the largest cemetery in Paris, the Père Lachaise. Since many places are closed on Sunday, it’s a good time to explore landmarks in Paris (or listen to concerts). I was overwhelmed by its size, but I successfully located the graves of Rossini, Bellini, Bizet, Piaf, Callas, Poulenc, Pleyel, Chopin, and Wilde. Chopin’s grave was abundantly adorned with flowers, and there was a small crowd taking pictures. The hardest person to find was Maria Callas, as she was located in the crematorium, which had over 16,000 people! My only complaint was the lack of cats compared to the Montmartre cemetery. 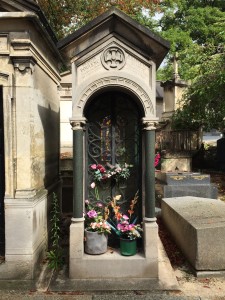 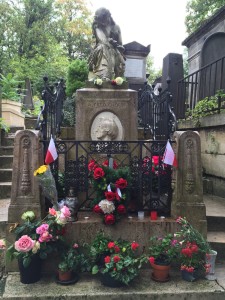 Besides the history surrounding the cemetery, it was also beautiful weather when I visited. There was a break in the rain, and it was chilly with more than a hint of fall in the air. I know I’m not alone when I say that autumn is my favorite season – a time for pumpkin spice lattes, candles that smell like grandma’s kitchen, cozy sweaters, and Halloween! So far I’ve noticed that Paris is not as fall-crazy as America (maybe because there aren’t Bath and Body Works to hoard their autumn candle collection??). Regardless, I’m so excited to experience my first fall in Paris. 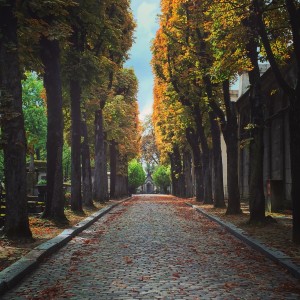 Yesterday, Philippe Cuper invited me to sit in on a rehearsal at the Philharmonie de Paris by the Orchestre de l’Opera National de Paris. They rehearsed Mahler 4 and Schoenberg Variations for Orchestra. What an experience! Not only was the hall an architectural sight to behold, but the orchestra was INCREDIBLE (and Maestro Cuper was superb beyond belief, as always). I have already booked tickets to several concerts at the Philharmonie, and I got the booklet of the entire season schedule (which resembles a small textbook more than a booklet) so I can plan for upcoming performance I want to see. The best part? Tickets for anyone under 28 are €10! Here is a link to the 2015/2016 season: Philharmonie de Paris 2015-2016 Season 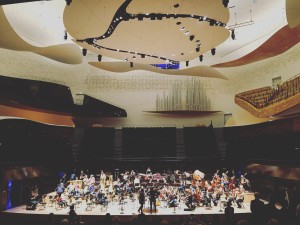 Here’s to many more adventures and musical memories in Paris!

19 Things You Didn't Know About Jenny Clarinet
Bon Voyage!
One month to go! (and my visa story)
The Clarinet Compositions of Armando Ghidoni
Why You Should Cultivate a Fulfilling Life Outside of the Practice Room