What a whirlwind these past few weeks have been!  In preparation for our performance at the 5th European Clarinet Festival in Belgium, the Versailles Clarinet Choir had almost-daily rehearsals. Naturally, this was the perfect time for me to get sick. Combine these with the beginning of classes (with hour-long commutes to and from Versailles), and you have the perfect storm of chaotic scheduling.  Although it was a stressful couple of days, I had an amazing time in Belgium and am so grateful for such an incredible opportunity!

After an early-morning train ride from Gare du Nord (which I spent trying to stop an incessant cough), we arrived in Ghent around noon. Just enough time to check into the hotel and grab some food (which of course included fries). Our concert was mid-afternoon, and I thought we did a great job, considering the difficulty of the repertoire and the short amount of time we had to prepare. After that, we got a chance to explore the exhibits, where I saw an old friend – the A-flat clarinet. For those of you who aren’t acquainted with this instrument, imagine an E-flat clarinet, except smaller, harder to tune, and easier for dogs to hear. I had the “privilege” to play the A-flat clarinet on the CD Clarinet Choir Classics in “The Young Person’s Guide to the Clarinet Choir” (you can hear a sample here). It was a reunion filled with fond memories of copious amounts of earplugs and hours spent in front of a tuner. 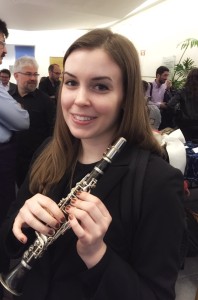 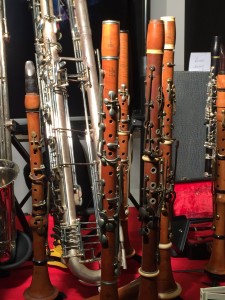 This festival was also a great opportunity to hear performances from my teacher, Phillipe Cuper. I listened to him perform the Weber “Concertino” with The International Clarinets at the Ghent town hall near the conservatory on Saturday. On Sunday, he performed a recital (“Cavalleria Rusticana” and “Deux Airs d’Opera et Extrait de Ballet”, both by C. Della Giacoma). It should go without saying that his performances were incredible – his nuances, musicality, and technique are unrivaled. If you are unfamiliar with Philippe Cuper, there are many videos of him on YouTube, and several CDs on iTunes.  Do yourself a favor and listen to this incredible artist!

By Sunday morning, I felt like I was infected by the black plague, but a concert by Les Bons Becs was just what the doctor ordered.  I had never heard of this group before my move to France, which is understandable since I don’t believe they have performed in the United States yet. After you’ve listened to Philippe Cuper (refer to above paragraph), check out Les Bons Becs – this group was a musical spectacle to behold! Their performance consisted of many popular tunes choreographed with miming, dancing, and acting. Their theatrical abilities were incredible, but what amazed me was their musicality and technical prowess throughout the performance. At one point, the group played Khatchaturian’s “Sabre Danse” while running in circles around the percussionist. As if the piece itself wasn’t hard enough, can you imagine playing it while running? The technique, agility, stage presence, and endurance this performance would take still astounds me. Reminds me of high school marching band, except with better choreography and music. The musicians would be incredible in a traditional recital setting, but the theatrics made this a universally enjoyable experience. There was a little girl sitting in front of me (probably 3 or 4 years old) and I loved watching her laugh and clap along with the music. Just goes to show you that classical music is still relevant and entertaining if you choose to listen.

The Versailles Clarinet Choir had its second concert on Sunday evening, outdoors in the town hall. This concert was a learning experience – I learned the importance of tape and teamwork. As another reminder of marching band, it was very cold and very windy, hence the usage of tape and teamwork to keep our music from flying off into the night. Despite Mother Nature, I thought we played very well.

All too soon, the festival was over and we took the train back to Paris (thankfully with less coughing on my part). I had an amazing time at my first European clarinet event, and I hope there will be many more to come! 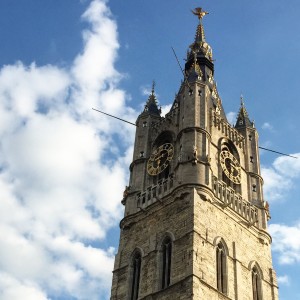 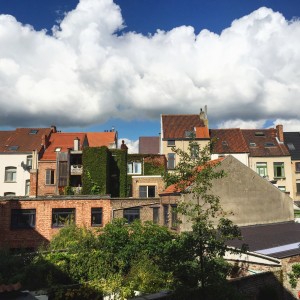 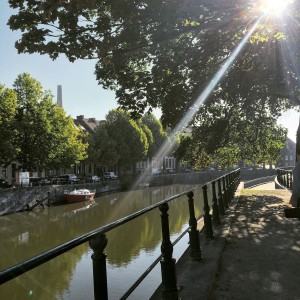